Harvest Solar | Get a Free Solar Energy Assessment for Your Farm, Home or Business.

There are a lot of misconceptions about solar.  And though the demand for solar is growing and the cost is dropping, several myths still remain.  My name is Ken Zebarah and I am the Michigan and Indiana Territory Manager here at Harvest Energy Solutions. Being able to visit with others on a daily basis has given me the opportunity to debunk some solar myths that are on the top of people's minds. I have included 4 of the most frequently asked questions/concerns.

“I assumed there is not enough sunlight in the Midwest, particularly in Michigan, to make solar energy cost-effective.”

There is indeed less solar irradiance in the Midwest, especially Michigan, relative to places like Arizona and California. However, that does not mean that solar energy is less cost-effective with less solar irradiance. First of all, all of the Midwest, including Michigan, has plenty of solar irradiance to make solar energy work quite well. The difference is not as significant as many people assume, and there are several specific factors to remember. Cost-effectiveness comes down to incentives offered by the States, power companies, and other entities, and it comes down to the dollar value of each solar kWh generated. Well, based on solar policies, electric rates, and financial incentives, the Midwest (particularly Michigan, Illinois, Kentucky, and Ohio) often produce some of the most cost-effective solar projects in the country. So, don’t think about the amount of sunshine you have – think about the financial return on investment. There is another reason that leads me to my next topic… Solar panels are more efficient in cold climates due to reduced electrical resistance.

Although solar systems will make more energy overall in the summer months due to longer days and fewer clouds, solar panels actually improve in efficiency as temperature decreases. The spec is approximately 0.43% more Power per degree Celsius. Therefore, you will make more energy through summer months, but you will hit higher peaks in the winter months. Now picture solar panels on the roof versus on a ground-mount. The airflow around the panels in a ground mount makes the panels slightly more efficient, which leads me to my next topic…

There are pros and cons to roof vs. ground mounts, but one is not necessarily cheaper than the other. Roof mounts require more labor (typically), often more equipment (telehandler, etc.), and often require more electrical equipment due to National Electric Code requirements for roof-mounted solar. Wire length also plays a part among other factors. Each situation is different, so a roof mount can easily be more or less expensive than a ground mount.

This is not necessarily false, but far from this simple. Many states force power companies to buy solar energy through certain legislation. However, this does not mean they have to buy the energy at the retail rate that you pay. It also doesn’t mean that there aren’t many rules and parameters involved. Each state and each utility have a different policy that will define solar energy rates, size limitations, and other rules/factors. Again, everyone’s situation is different and that is why Harvest Energy considers all variables and makes a recommendation based on these policies and several other factors. 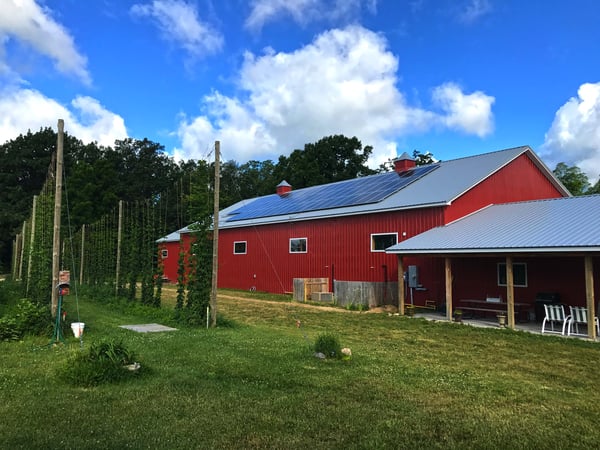